Brompton has reinvented every millimeter of its iconic design to create its lightest bike ever, weighing in at 7.45kg. (16.4 lbs.)

The product of three years of research and development, Brompton has brought its fold to life in titanium by forging new construction techniques, designing over 150 components, and building a dedicated factory in order to create the ultra-light Brompton T Line.

At the new facility in Sheffield, the frame is precision-engineered in titanium, then orbital and tig-welded for strength. In Brompton’s London home, the T Line is finished with new componentry and tuned for the city, setting a new benchmark for folding bikes in lightness, ride performance, and robustness.

37% less than the original all-steel equivalent and is just as strong. At 7.45 kg in total, the T Line is comparable to a carbon road bike. Yet, it can be comfortably ridden by a 110kg rugby player and withstand the punishing impact of the city.

The first bike in the world with a steel-armored carbon seat post. Ordinary carbon seat posts are stiff, strong, and lightweight, but they can’t stand up to the daily use of a folding bike. Brompton’s design engineers have developed a new process to reinforce the limitations of carbon with 0.3mm steel armor. The result is a super light seat post that can take the abrasion of the fold, 110kg load, and all-weather riding.

Brompton ride dynamics have always made owners smile, and now they’re elevated in every way. Carbon cranks and cast Ti bottom bracket shift your power for a faster ride. Naturally, shock-absorbing titanium smooths out the road. The one-piece carbon fork and wider carbon handlebars make it stiffer and even more responsive. This is a serious machine that’s seriously fun to ride.

The bike will be available in two specifications, each with the option of a low and mid-rise handlebar fit:

The lightest Brompton ever made. T Line in its purest form, the single-speed machine. Masterfully built to deliver an ultra-light, agile and responsive ride. This is the benchmark for freedom in the city. 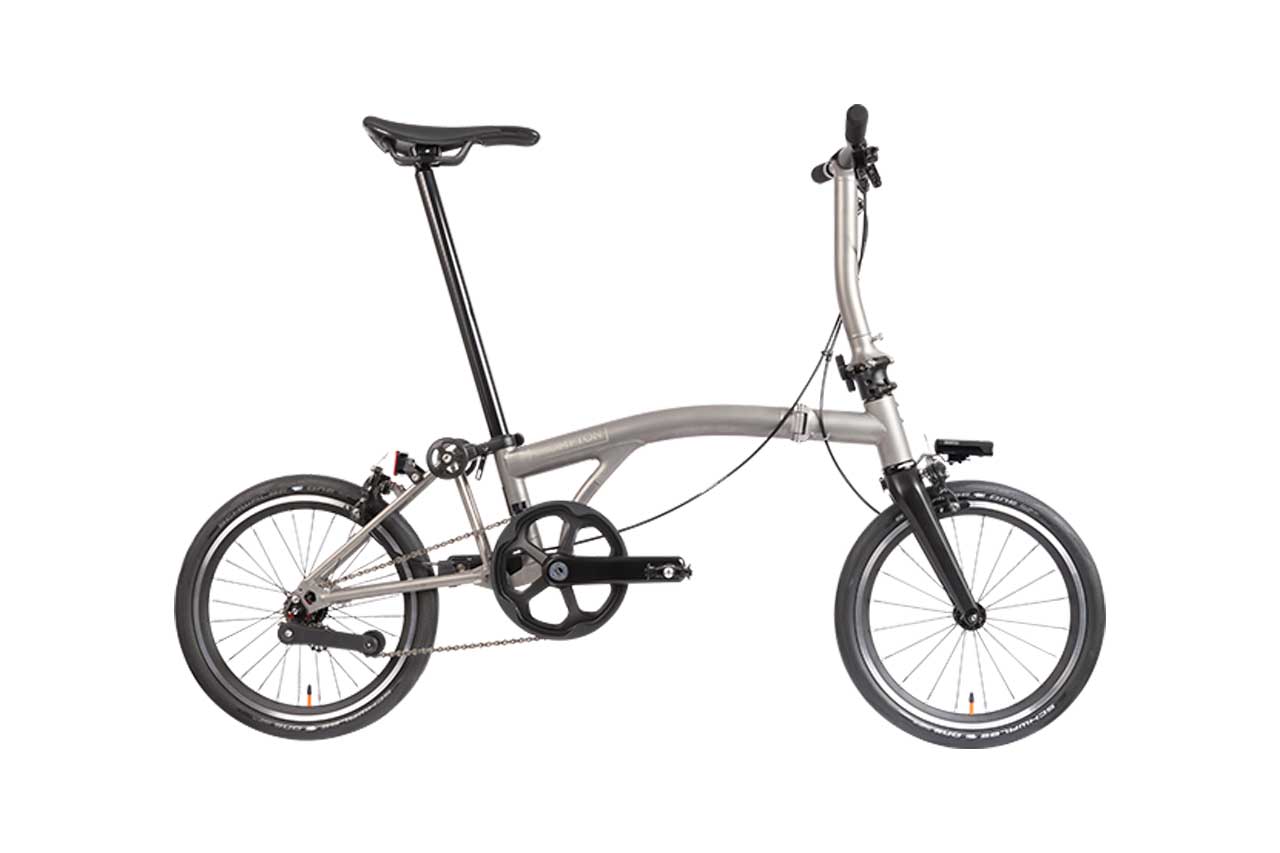 A complete ultra-lightweight performance package built to move around the city and beyond. The all-new compact 4-speed gearing system is optimized for city riding. Faster, smoother folding mechanisms, with 110kg load carrying for you and your luggage. 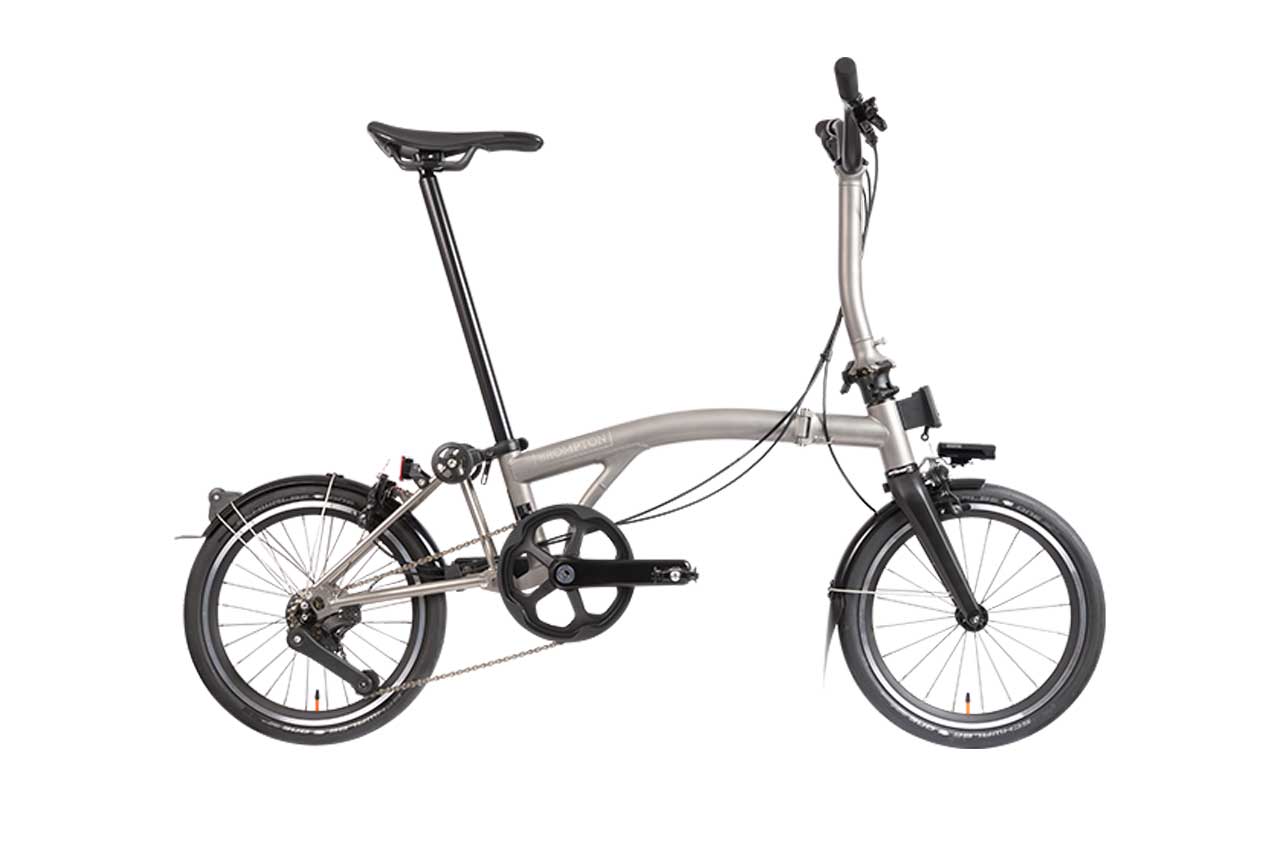 Drop x The Lord of the Rings Mechanical Keyboards

This project is a holiday house with fantastic 180+...

In Porsche's own watch manufacturer in Solothurn, Switzerland, our...

The latest news from vehicles, technology, fashion, sports, women and many more categories are on Fmen.

This project is a holiday house with fantastic 180+...

In Porsche's own watch manufacturer in Solothurn, Switzerland, our...

We use cookies on our website to give you the most relevant experience by remembering your preferences and repeat visits. By clicking “Accept All”, you consent to the use of ALL the cookies. However, you may visit "Cookie Settings" to provide a controlled consent.
Cookie SettingsAccept All
Manage consent

This website uses cookies to improve your experience while you navigate through the website. Out of these, the cookies that are categorized as necessary are stored on your browser as they are essential for the working of basic functionalities of the website. We also use third-party cookies that help us analyze and understand how you use this website. These cookies will be stored in your browser only with your consent. You also have the option to opt-out of these cookies. But opting out of some of these cookies may affect your browsing experience.
Necessary Always Enabled
Necessary cookies are absolutely essential for the website to function properly. These cookies ensure basic functionalities and security features of the website, anonymously.
Functional
Functional cookies help to perform certain functionalities like sharing the content of the website on social media platforms, collect feedbacks, and other third-party features.
Performance
Performance cookies are used to understand and analyze the key performance indexes of the website which helps in delivering a better user experience for the visitors.
Analytics
Analytical cookies are used to understand how visitors interact with the website. These cookies help provide information on metrics the number of visitors, bounce rate, traffic source, etc.
Advertisement
Advertisement cookies are used to provide visitors with relevant ads and marketing campaigns. These cookies track visitors across websites and collect information to provide customized ads.
Others
Other uncategorized cookies are those that are being analyzed and have not been classified into a category as yet.
SAVE & ACCEPT
Go to mobile version